A Simulation Study on a Production System

In case it is more costly and time consuming to implement system investments, system changes in simulation, it enables the changes to be applied and analyzed in computer environment. It is also a common set of tools and methods to assist researchers and practitioners in reviewing and making decisions for resource allocation to new or existing systems. Modeling with simulation is a method that will give important results in other areas such as production systems and service systems. In this study, the functioning of the current situation in the size-packaging department of a production company operating in the packaging sector is modeled in the Arena 14.0 program. The simulation model 15 replications were made and run one day. It is known that the biggest problem in the packaging department is intermediate stocks. For this reason, in this section, it is aimed to reduce cycle time, increase the number of parts and increase the resource utilization rates according to the results of analyzing the situations that lead to bottlenecks and production complexity. Accordingly, various alternative scenarios have been created. The scenarios created were modeled in Arena 14.0 program and compared with each other, the best results of these scenarios were determined as the situation where the new operator and machine allocation were together. In this way, there has been a significant reduction in cycle time, machine and operator usage rates and queuing times. The number of pieces released has also increased by 80. It was not included in the evaluation because cost data was not shared. A more detailed examination can be made by including the cost data in the study. 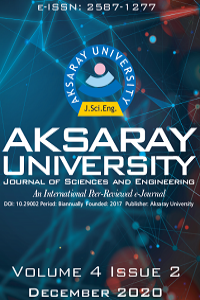