The study is geographically focused on the Manila Trench, located in the west Pacific Ocean, South China Sea, west Philippines. The research aims at the geological mapping, analysis and visualizing variations in the submarine geomorphology of the Manila Trench. Technically, the work was done using Generic Mapping Tools scripting toolset (GMT). A combination of various GMT modules was applied for geospatial modelling. Methodology includes cartographic data integration and interpretation through approaches of data analysis: topographic plotting, geophysical modelling, geological mapping and statistical analysis. The data included SRTM, ETOPO1, geoid and gravity grids (CryoSat-2, Jason-1). Two sets of the cross-section profiles of the trench were automatically digitized. The profile transects were compared and differences in the geomorphic shape in southern and northern parts revealed. Southern part has steeper slope on the western part. Northern part is steeper on the continental slope part. The submarine terraces are located on the northern segment at depths -2,000 m. The depth and geomorphology of the slope vary for the range -3,500 to -4,500 m: minimals for the northern part with 526 samples (18.2%) for the depths -4,000 to -4,200 m. The histogram for the northern part has bimodal distribution with two peaks. The southern part shows 142 values for the minimals -3,500 to -3400 m. The statistical analyses revealed that northern part of the trench is deeper. The GMT functionality shown in this paper enabled integration and interpretation of the multi-source data: automatically digitized profiles, geological mapping, 2D and 3D bathymetric modelling, statistical analysis, mathematical approximation of the trend modelling. The GMT proved to be capable of visualizing geodata that can significantly improve Earth studies and interpretation of submarine geomorphology of the oceanic trenches through the advanced data analysis. 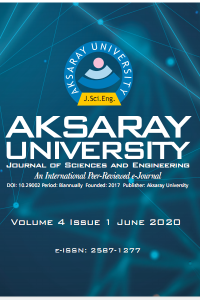