Direct Current (DC) motors are widely used in industrial systems due to their high torque. In ensuring the stability and productivity of a system, it is important that the DC motor within the automation system reaches the reference speed value quickly and its speed remains constant under load. In this study, it is aimed to keep the speed value of DC motor constant under load by optimizing the gain parameters of the Proportional, Integral and Derivative (PID) controller, which is widely used in industrial applications. In the optimization of these parameters, the Ziegler Nichols method (ZNM) and the Ant Colony Optimization method (ACO) were examined comparatively in the simulation environment. PID parameters were determined by open loop responses under the running system with the ZNM. On the other hand, the most optimum solution was obtained among many parameters with the ACO method. Speed control of DC motor was performed with PID controller parameters which are determined according to the best ACO response. Simulation results are presented in comparison with the parameters of settling time, peak time, rising time and response of the system under load. As a result, PID controller run with Kp, Ki, and Kd parameters obtained by ACO algorithm generally gave better results than ZNM. 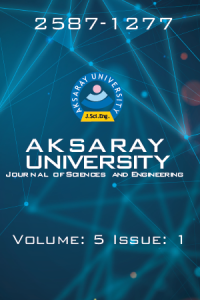